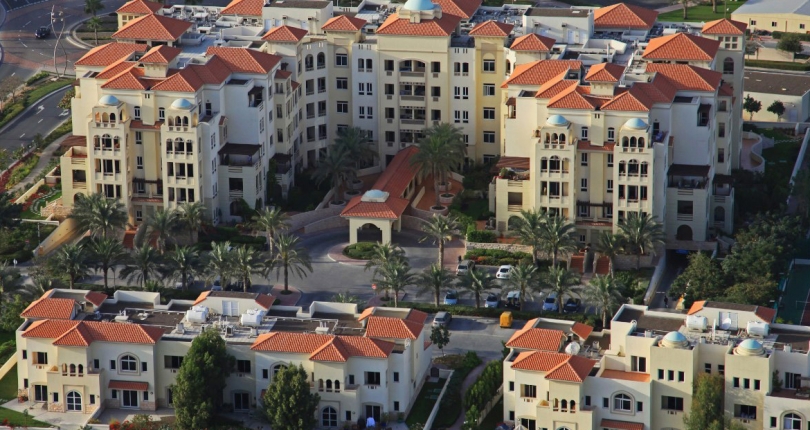 Property owners in Dubai better are willing to cut their asking prices if they want to sell. If not, they are staring at future disappointments.

With off-plan sales from developers overwhelming demand in the secondary market, individual owners have limited options on pricing their properties. Because the moment they set one, there would be a developer with a new project offering that something extra, such as registration fee waivers, lower upfront payments and instalments that can stretch over years. Against that kind of arsenal, very few individual owners can hope to match up.

Off-plan sales made up more than 70 per cent of transactions in Dubai during 2017.

And it impacts is already being felt in the rest of the market. “We are seeing declines in secondary market listings, especially in the price ranges where new supply has been added in 2017,” said Lynnette Abad, Partner at Cavendish Maxwell, the property services consultancy. “In 2017, sellers held firm to their pricing in the secondary market … while their units sat empty.

“In the fourth quarter of 2017, we witnessed a little movement in the secondary market from sellers who were willing to negotiate and this trend has continued. We are also starting to see units priced a little closer to realistic selling levels. However, the asking prices are still far higher than the achieved.”

The message for secondary market sellers is clear-cut your expectations, unless you are the sort with a signature property on the Palm or Emirates Hills, and you know that there will be a buyer who will be willing to meet the price.

But at some of the other older freehold locations in Dubai, “we are starting to see the trend of price reduction on asking prices for ready properties, especially where the unit types and community features are similar to the new supply which was handed over in 2017. Buyers are opting for a new property in new communities with desirable amenities.”

According to Cavendish Maxwell estimates, just over 13,800 apartments were handed over in Dubai last year, with the bulk of these being mid-market units. This is also reflected in the average transaction values attained across Dubai during the period, of Dh1.3 million. (For apartment sales in 2017, the average was Dh2.3 million.

Off-plan selling prices turned more affordable — “Over the last 12 months, ticket prices for residential properties have been made accessible to a wider range of buyers through a combination of smaller unit sizes as well as aggressive payment plans of the 30:70 and 40:60 variety, where the bulk of payment is scheduled to be received post-completion,” according to the latest real estate market update from Cavendish Maxwell.

But is it the case that developers are once again chasing investors with these payment plans rather than actual end users, which is what Dubai’s property market needs more of?

“Developers were able to entice investors back into the market with their favourable payment plans and pricing,” said Abad. “This continues to be very popular and we expect developers to introduce more creative payment options in 2018.

“The primary issue many end users face is they do not have the funds to put down, either 25 per cent to guarantee a loan on a ready property or the 50 per cent needed for an off-plan property in order to avail a loan. I see this is an opportunity in 2018 for developers to offer rent-to-own schemes and for banks to offer creative, new products.”

For an update on what’s next for rental rates in Dubai, check the new handovers in the area.

“Rent decline is expected to continue during the first quarter of 2018, with new handovers planned in both freehold and leasehold communities across Dubai,” says the new Cavendish Maxwell market update.

The consultancy echoes what others have been saying about how rents might fare this year. “The VAT roll-out in 2018 could also impact some businesses and their recruitment plans,” the report adds. “Additionally, there has been a wave of mergers and consolidation in certain sectors during 2017, which affected jobs and thus increased vacancy levels across some communities. These factors point to a subdued outlook for residential property rents in 2018.”

Last year, the rental drops were most visible at International City, The Greens, The Springs and Al Furjan Villas, the report finds.

For off-plan sales, the top three buyer choices last year were Business Bay, Jumeirah Village Circle and the Downtown. And three developers — Emaar, Azizi and Damac — accounted for 41 per cent of all freehold residential property deals in 2017.

Land-related challenges in the Arab world focus of Dubai conference