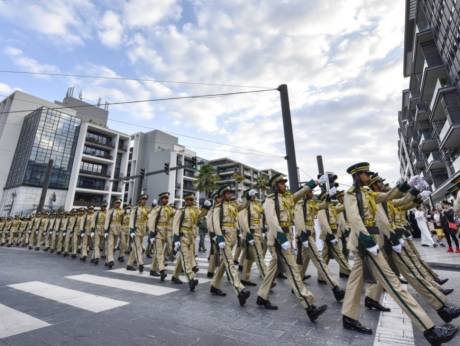 How millennials and their lifestyle choices influence housing projects

Live, work and play spaces designed to appeal to millennials are changing the way homeowners in Dubai look at property. Developers are delivering a lifestyle with retail, club areas and recreation built in, and house-hunters are more likely to consider the whole package than the individual house.

Having the lifestyle you desire right on your doorstep is crucial to this segment. David Godchaux, CEO of Core-Savills, tells PW, “The growing interest for bona fide mixed-use developments and adoption of the live-work-play philosophy by millennials, is leading communities to blur the edges between these spaces.

“Jumeirah Lakes Towers [JLT] and Dubai Marina, with Dubai Internet City and Dubai Media City, can be very good examples of combined office, residential and food and beverage areas and they are also home to many start-ups and small and medium enterprises primarily driven by millennial employees. This demographic doesn’t want to commute and wants to be centrally located, even at the cost of smaller living spaces.”

The search for the perfect lifestyle becomes an important driver in decision-making. Alya Mahdy, executive director — commercial at Jumeirah Golf Estates, tells PW, “Similar to the trend in other buyer age groups, [millennials] have very specific choices when it comes to buying a home, and are more attracted to modern amenities that complement their lifestyle, the latest architecture and technology, and accessibility to their favourite spots in Dubai.”

Lewis Allsopp, CEO of Allsopp & Allsopp, says that certain age categories have specific preferences for tower or villa accommodation. “Buyers in their 20s prefer the tower-style living as the typical tower-style communities lend themselves to busy and active lifestyles with a huge amount to do on the doorstep,” he tells PW, noting that a typical expat millennial buyer in the UAE is born in the 1980s and roughly 27-35 years old.

A number of low-rise developments have emerged in the UAE in a trend that is said to be in direct response to demand from this demographic. Developers are happy to cater to this requirement. “We are seeing this trend of community living and low-rise developments gaining traction from this demographic. Developers are responding to this trend, particularly in the affordable market segment, partially also because low-rise construction is cost-effective,” says Godchaux.

Examples in the affordable segment include Remraam and the upcoming Town Square by Nshama. In the prime segment, City Walk and the upcoming Bluewaters are among those catering to the trend for destination living. The GCC millennial is particularly interested in the live-work-play spaces. And there are many communities offering G+1 G+2 G+3 apartments.

“They are targeted for savvy investors and the newer second-generation regional demographic who prefer a more European low-rise, pedestrianised development potentially due to the influence of travel and higher education in the West,” says Godchaux. “This is even evident in the rising level of high street retail and food and beverage such as Al Seef, La Mer, Box Park and Outlet Village, among others.”

Villas come into the picture for growing families. Allsopp says, “As millennials gets into their 30s, we are noticing an increasing number are looking towards villa communities as they start to think about raising a family.”

Godchaux agrees that as the family size starts increasing, villas come back into the picture. “Villas, on the other hand, are predominantly for families who prefer privacy, larger gardens and family spaces, nearness to schools and are open to commute to economic clusters,” he says.

Affordability is crucial to the millennial story. In many parts of the world, millennials cannot afford to buy property. “Globally, the millennial buyer segment is limited as many face the issue of affordability, while also being averse to putting their roots down in one place, thus preferring the agility of renting,” says Godchaux.

In the UAE and the wider GCC, the millennial buyer is somewhat more empowered. Godchaux explains, “Among regional millennial buyers, we see a marginally stronger inclination to homeownership and a slightly higher share of contributions from the bank of mum and dad to facilitate acquisitions when compared globally.”

Allsopp says that many expats come to work in Dubai as millennials and are eager to get on the property ladder. “Our data shows that 35.9 per cent of our buyers are millennials,” he says. “I would expect that this would be higher if it wasn’t for the high obstacles to entry into the market, namely the size of the deposit and the fees involved.”

He argues that millennials here are quite different from their counterparts in, say, the UK. “It’s quite different to what we are seeing in the UK and I think that is for a number of reasons,” says Allsopp. “To start with, the cost of living is high in the UK, as it is in Dubai. What is different in the UK though is that the average wage is lower, it’s taxed, then there are similar costs to here in terms of rent, car, fuel, food, among other things.

“The millennials in the UK are not in the same financial position as those in Dubai. Added to that, there a numerous studies reporting that the average millennial in the UK is not as concerned with purchasing property or looking long term; they are all about the here and now and spending their income on life and experiences, rather than saving and looking to purchase a property. I think the millennials in Dubai are different, not just because of the difference in earnings, but because of the mentality of a person that moves away from family and friends to make something with their life.”

Mahdy says that the lower interest rates are also a factor attracting buyers. “Due to lower profit rates on home finance, more millennials are buying property than they were previously,” she says.

Developers, for their part, are creating attractive payment plans. “Flexibility in payment plans and ease in acquiring finance for the initial down payment remain key for the mid-income millennials,” says Godchaux.

There is a big push for more affordable housing, while buyers are also looking at the off-plan market, according to Allsopp. “They are attractive properties in great communities and they make a great purchase,” Allsopp says.

Still, more millennials tend to be active in the rental market. Godchaux says, “They are predominantly dominant in the rental market and relatively limited in the sales market. The shoppers for affordable and mid-income homes are young couples and families wanting to climb up the housing ladder to ownership.”

Godchaux says that some of the lifestyle elements available in some communities are accessible to renters. “Places like Dubai Marina and JLT will remain a preferred option by expat millennials due to the lifestyle, amenities and central location, although predominantly in the rental market.”